Joe DePinto’s job is more than making sure customers can fill up on gas and Big Gulps.

As president and CEO of the world’s largest convenience store chain, he keeps a constant pulse on the needs of the 55 million customers that 7-Eleven serves daily.

That means operating stores that not only offer the standard candy bar and soda selection, but building one-stop shops where a growing number of younger customers can grab grocery needs like fresh snacks, makeup and even over-the-counter medicine through its private brand 7 Select.

And as 7-Eleven is engineering those stores, DePinto is figuring out how to bring them to the masses. This year, 7-Eleven will open at least 3,000 stores across the world, including roughly 300 in North America.

Its U.S. stores will primarily be opened in areas where 7-Eleven can build a concentration of stores. Texas’ Interstate 35 corridor is a particular growth area.

“(Texas is) extremely business friendly, and it’s growing so fast,” DePinto added. “We’re also particularly interested in the I-35 corridor, from Dallas to Austin to San Antonio, again, because of the rapid growth.”

“In 2006, we were 50 percent company-owned and 50 percent franchised, and we decided to grow our business with a franchise model,” DePinto said. “We were running two different models, and our assessment was that it was a little bit inefficient. Our franchise stores also tended to perform better because of the nature of the franchise business owner and their connectivity to the customers in their neighborhood.” 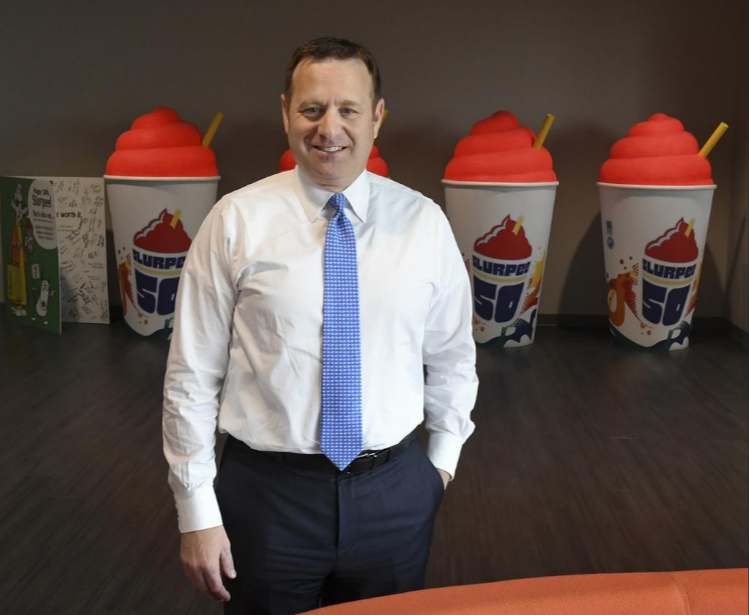